Bhadranga loved singing in kirtan not only within the temple, but also at house programs and events, he also loved going out on Harinam. Indeed, he was very musically talented and could play a variety of instruments and sing nicely. He also engaged in book distribution, and took part in some plays with the Bhaktivedanta Players drama group. 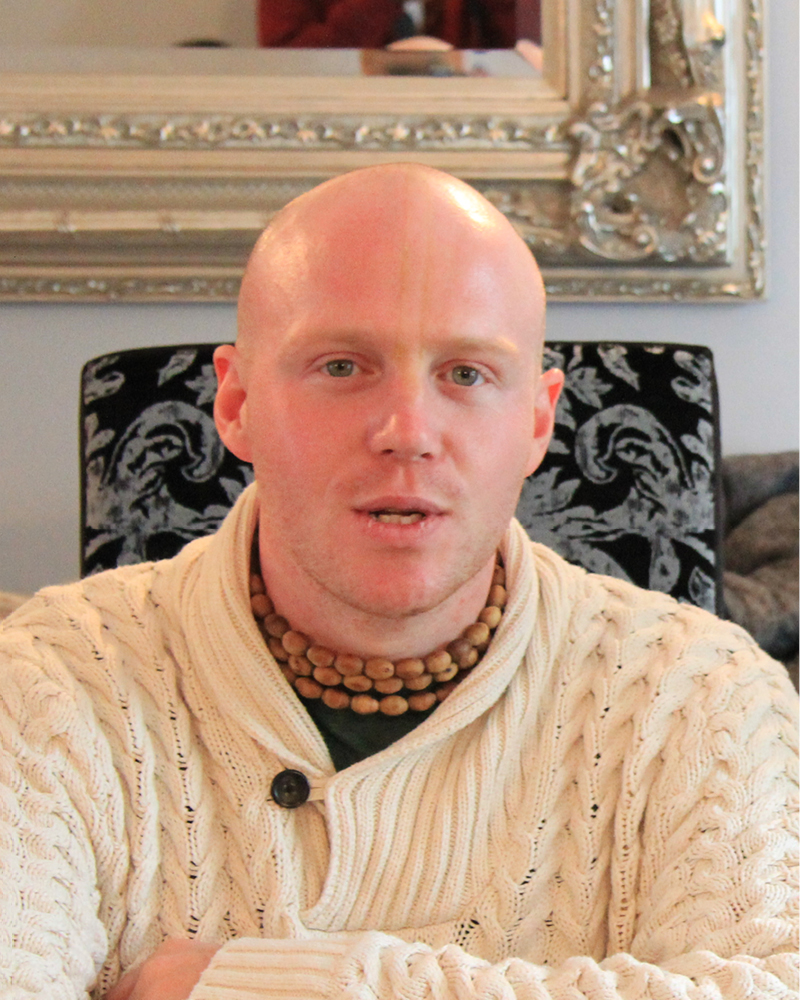 Bhadranga Prabhu (Ben) first stayed in the ISKCON Soho temple in London 2009, but in early 2010, he moved to Bhaktivedanta Manor to join the Manor’s Veda Course because he preferred the rural setting of the Manor. He quickly got involved and enthusiastically participated in many dynamic activities. He studied the books very closely and had a very sharp and philosophical mind. He performed many outreach activities, gave many discourses, and helped many people on their spiritual journey. He then stayed on for the Sabbatical. The Sabbatical includes a pilgrimage to India and studying for Bhakti Sastri at the Manor, as well as temple services. He was known for his lively, bubbly and positive approach to everything, and was certainly intelligent and knowledgeable.

After the Sabbatical he was part of the backbone to the Temple’s kirtan party, which included singing in kirtan not only within the temple, but also at house programs and events, he also loved going out on Harinam. Indeed, he was very musically talented and could play a variety of instruments and sing nicely. He also engaged in book distribution, and took part in some plays with the Bhaktivedanta Players drama group. Due to his lively nature and sense of humour, the drama group appreciated having him take part and he in turn enjoyed his experience. He was at Bhaktivedanta Manor for four years altogether.

He was always known for being jovial and bubbly. Many used to find having conversations with him very entertaining. He was very friendly and got along with any stranger he came across. He was very fond of Aindra Prabhu’s kirtans and used to run the 10hr kirtan programme with Nrsingha Tirtha Prabhu at Bhaktivedanta Manor. He was good to talk with about the philosophy and used to share his realisations.

After he moved to the Netherlands to pursue his PhD in religious studies. Unfortunately, we lost contact in the last couple of years, but devotees often remembered him and would ask about his wellbeing.

Bhakta Ben was initiated in 2013 by Prahladananda Maharaja and then became known as Bhadranga das. We will miss him very much.

In about year 2007 Krsnaloka, Sukanthi Radha, Sevamrta and myself arrived for the first time to the YHA backpackers in Napier, Hawkes Bay. One our ‘contacts’ was Bob (Bhadranga’s father) the boss of the YHA who seemed to love and despise our presence at his backpackers hostel. He became accustomed to our “portable” kitchen (pots, pans, etc.) which took up a lot of room in the ‘shared’ kitchen; eventually he gave us our own private kitchen.

During one of our visits in 2008, we had 250 hardbound Bhagavad-gitas delivered to the YHA. As the books arrived, Bob came to help lift all the boxes into a room, which he let us use as ‘office/storage’ space. After days of seeing the devotees very blissful when we came home each evening Bob asked Gaura-arati – “What is it you have anyway; you guys are always so happy!” After presenting him a Gita, he decided to buy two, one for him and one for his son.

Bob’s son (Bhadranga) would be home visiting from Victoria University. We would hear him playing his electric guitar loudly in Bob’s flat. We would try to make friends with him and feed him prasadam when he was there.  I also recall speaking to him once on Cuba Street in Wellington. We were all very happy to discover that Bob had given the Gita to Ben and more so the following year Bob shocked us by informing us “Ben is in the UK and is now doing what you all are doing!” That is when Bhadranga started his spiritual path in England. Bob also visited Bhaktivedanta Manor a few times. 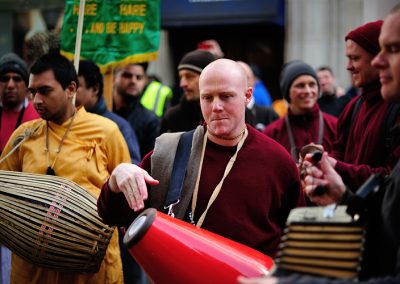 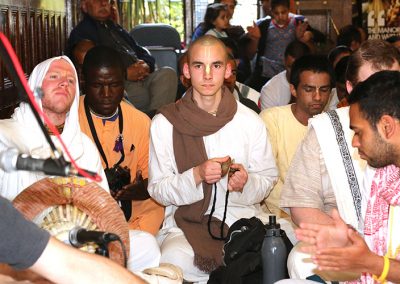 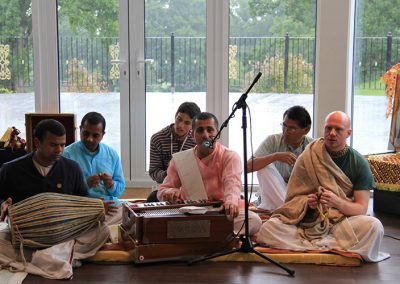 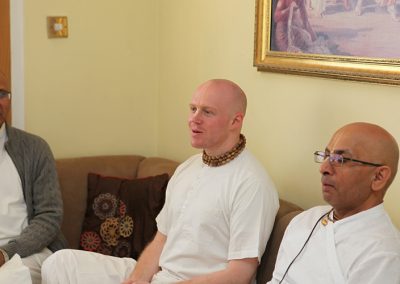 I remember him as a fun-loving , talented and intelligent lad. In some ways he took life in his stride and was often willing to help out with the Bhaktivedanta Players drama group, for example. He was fun to be with, and always left others with a smile on their faces, and in many ways somehow more optimistic about Krishna consciousness.