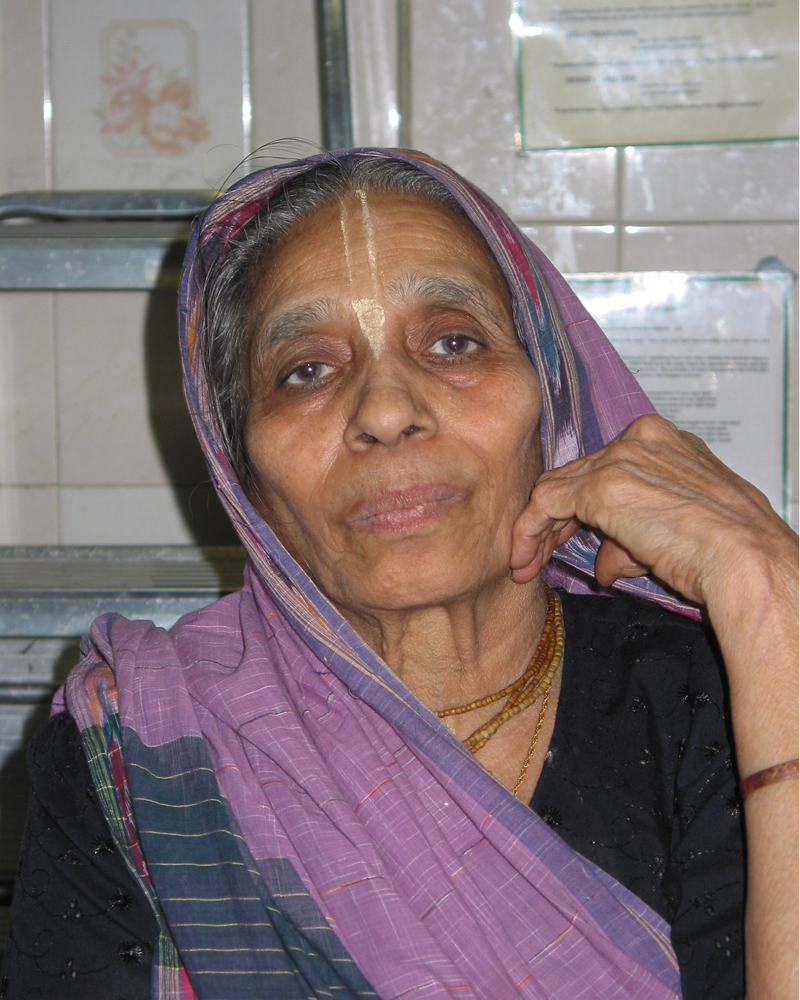 Her deities were her life and soul. She would tirelessly worship them by cooking, dressing and offering many articles of worship to them daily. I had observed her making chandan for them once, rubbing saffron with sandalwood and anointing the lotus feet of the Lord with tulasi leaves. This simple act was imbued with love.

She had been worshipping her deities for many years before her initiation and so when it came time for her to seek the shelter of her spiritual master, His Holiness Srila Sivarama Swami, Maharaj expressed some concerns about her worship. Knowing the gravity of worshipping Radha Krishna deities and observing the relatively simple standard of worship offered by Padmavati Devi, Maharaj suggested that the deities were put to rest.

Shortly after, Maharaj went on to have a dream where Giridhari appeared to him, and speaking in firm terms, warned him not to interfere in the service of Padmavati devi because He was very much satisfied by her service.

When she became older, she kindly engaged devotees such as myself in helping her with her worship. Observing her was so instructive. She had a personal relationship with her deities. She consciously considered what her deities would like and fulfilled those desires with love and devotion.

Padmavati devi would also worship their Lordships Sri Sri Radha Gokulananda at Bhaktivedanta manor, weekly on Sunday evenings. When she became older, and due to her health, it became difficult for her to execute that service, she was adamant to still continue. Through Srutidharma Prabhu, she appealed to make the arrangement of a table upon which to dress the deities so that she continue. After much discussion, it was agreed that she could continue with these measures in place.

Both incidents show how the service of the Lord was her life and that she was intimately connected with the Lord in a pact of loving service.

As well as being an expert servant of the Lord, she was also expert in serving his devotees. Her house was a hub to serve the sankirtan devotees, being a place to rest and take prasadam. She was famous for her cooking, each offering made for her beloved deities. The taste of the prasadam was incredible. 20 years on, I still remember the taste of her cooking. It is something you never forget.

Padmavati devi’s dedication to her guru, Srila Sivarama Swami Maharaj was unparalleled. Although her bodily condition gradually deteriorated, her love for her guru never wavered.

At any opportunity she would speak to me about him. Her whole being would light up at the thought of him and a wide smile, stretching from ear to ear, would decorate her face. She would come to life like a wilted plant given fresh water and sunlight. She would often say “Apna Gurumaharaj, the best che.”

Although they didn’t speak the same language, a language of love flowed between them. In later years, she would ask him when Krishna is going to take her to Him, telling Maharaj that she was ready.

She passed away, most aptly on 30th March 2017, the day of her beloved guru’s birthday. A lady who had been, for her whole life, absorbed in intense bhakti that flowed from her like a torrent. The day she leaves this world, is on the most auspicious day of her guru’s birth, completely conscious, hearing Srila Prabhupada chanting. 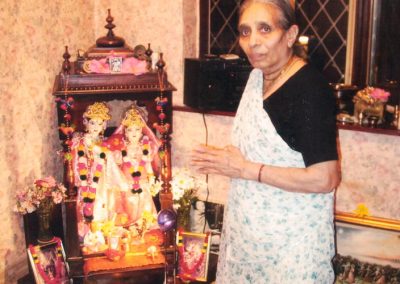 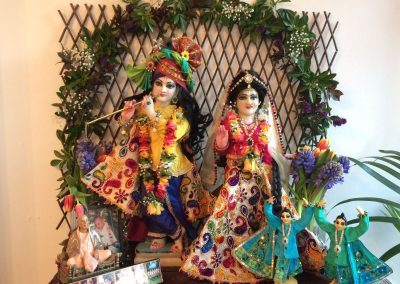 deities being worshipped by suchirani 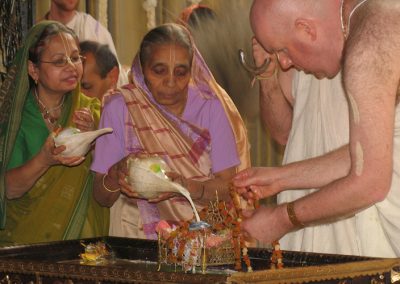 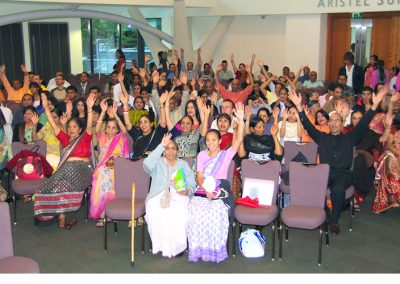 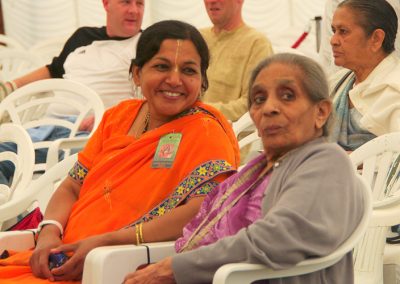 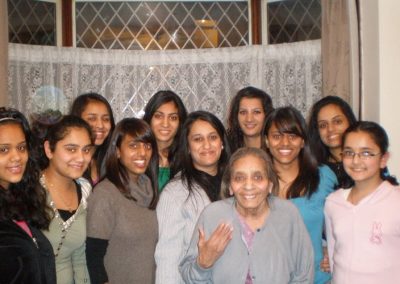 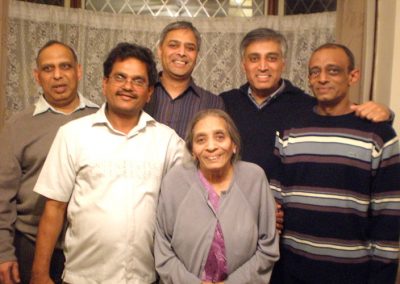 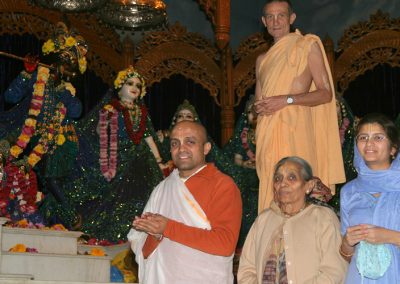 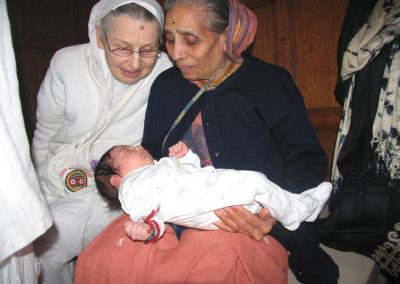