Sankirtan devotee and enthusiastic preacher, Acaryavan Das risked his life to spread the glories of Krishna Consciousness across North Africa. A devoted father, good friend, master cook and so much more, he lived with an open and generous heart, touching the lives of many. 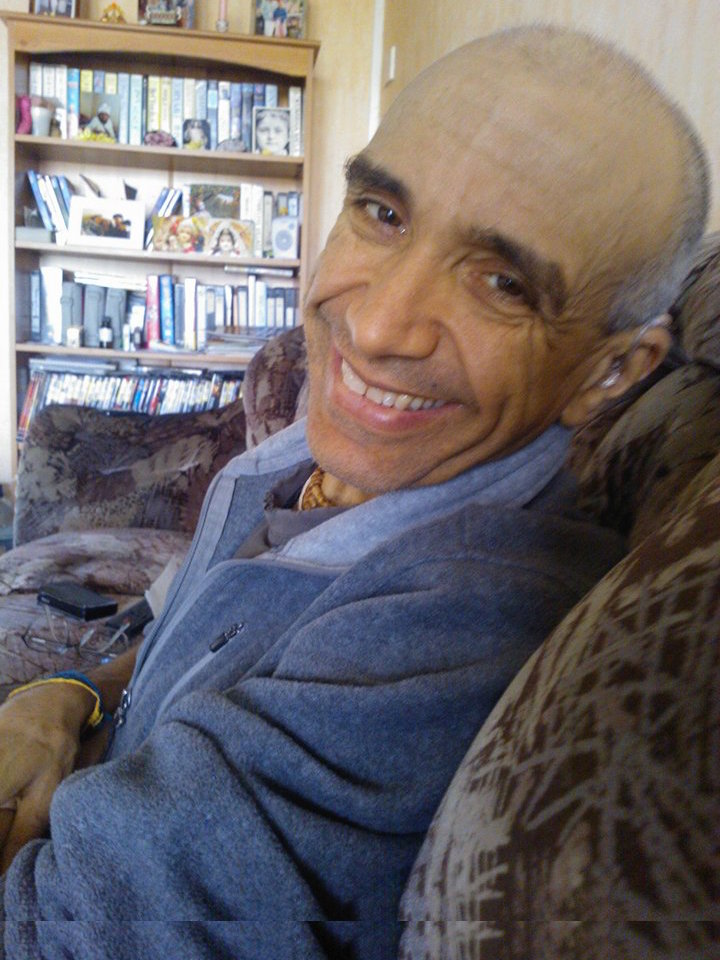 -Acaryavan Das was born in 1956 in the mountains of northeast Morocco to a Muslim, Berber family. His birth name was ‘Abdenasser’, meaning ‘the victorious’. He was born with a heart condition and as a young boy moved to France with his family to access better healthcare and medical treatment. As he grew older he had several operations, and after a particularly difficult surgery in 1983, and in the midst of terrible suffering, met the devotees at Paris Rathayatra and joined ISKCON shortly after.

As a Sankirtan devotee, he was inspired to return to his homeland with friend and fellow preacher Gaura Bhakta (from Algeria). In November of 1991, they embarked on a preaching tour of North Africa, where they travelled across Morocco, Algeria and Tunisia.

Everyday they would go out undercover, distributing copies of Srila Prabhupada’s books in Arabic and French. Through this book distribution they met many interested people, holding regular programmes in yoga centres and people’s homes and cultivating many on a long term basis.

After returning to France, he moved to the UK, where he settled at Bhaktivedanta Manor. He married Sangita Priya in 1995, followed by a preaching tour/honeymoon in Morocco. His son Gaura-Hari was born in 1996 and daughter Lila-Sara in 1998. (Acaryavan’s final preaching tour to Morocco was for a month in 1996, with UK devotee Radha Damodar Das).

In his early days at the Manor, Acaryavan was involved in the book distribution department where he managed finances. In later years he was well known for serving prasadam to guests and devotees and also did pujari service for Their Lordships Sri Sri Radha Gokulananda, Sri Sri Sita-Rama-Laksmana-Hanuman and Sri Sri Gaura-Nitai. Acaryavan was also famous for his own version of Moroccan coucous, which earned him a special reputation in the hearts of the devotee community.

He was many things to many people. To his family, he remained a beloved father, son, brother, uncle, cousin and nephew. For many devotees, he was a dear and close friend, confidante and mentor – a safe space for them to open up their hearts and minds without fear of judgement. He was always available to talk to, never hesitating at a chance to personally serve and look after devotees.

Due to his heart condition, Acaryavan’s health deteriorated rapidly in the last years of his life. In early December 2015, after going to hospital for a regular procedure, it was discovered that all his organs were failing.

Many devotees visited Acaryavan in the last days of his life, reading and holding kirtan while Prabhupada played continuously in the background. He passed away quietly on the morning of 22nd December 2015, with his son Gaura-Hari and friend Laksmipriya at his bedside.

Acaryavan is deeply missed by many and still holds a special place in the hearts of devotees all over the world.

He reasons ill who tells that Vaishnavas die
When thou art living still in Sound!
The Vaishnavas die to live and living try
To spread the holy name around!

By Gaura-Hari and Sangita Priya d.d. 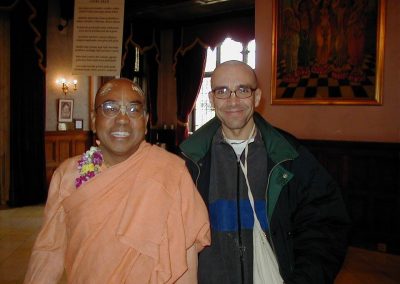 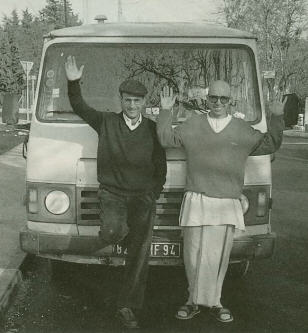 I remember Acaryavan prabhu to be such a down-to-earth, friendly, sweet and approachable devotee. No matter who you were, he was an unbiased and helpful person on all levels.

I remember HG Acaryan Prabhu always coming to my house and sitting and talking with my father, on occasions would bring his Kids with him. Acaryan had a knack of cheering you up by being so personal and caring, he always had time for everyone. I miss him very much and and always think about his sheer dedication to his Sadhana which was exemplary despite not being in the best of health.